“Admin effort down 80%, productivity up 33%, and suddenly at industry leading edge.”

Phil Hoyle, owner/operator, tells us about his operational transformation.

“As we operate out of several sites at times, I needed to be able to track labour and do various reports for the packaging companies/ packhouses.  I am quite lazy and hate paper work, especially repeat paper work.

The reports had to be hand-written on the go, but I couldn’t supply accurate information because of being tied down by staff and time constraints in the working environment.”

“My computer-illiteracy was shown up one day when a friend was trying to teach me on the phone.  He had to explain that the ‘desk top’ was the computer screen, not what it was sitting on!!!

I had a Dutch neighbour who was very knowledgeable about computers etc, so I told him I had heard about spreadsheets and asked him if he could teach me.  After some discussions, he advised me that spreadsheets were not appropriate for what I wanted, and I would need a ‘database’. “What’s that?” I asked!

After some searching, my friend came up with a FileMaker™ database, and set about writing a program for me.  Over a couple of years he improved it as I became aware of the ability of computers and databases.

Unfortunately he took ill and passed away, so I was left holding the baby.  Over the next couple of years I contacted most of the local IT people, but nobody seemed to know FileMaker™.  So I was stuck, and thought I had bought a lemon.”

Phase 2 – taking it to another level

“While browsing the Internet one day, not even thinking about my problem, I somehow got onto LinkedIn.  While trying to work out what it was all about, something popped up about JD-Data File Maker.

I spoke to this Dominique fellow and asked him to teach me to use my database.  His answer was ‘no’ – he wouldn’t do that, but would make the database work my way and fit the way I think.

He didn’t know the challenge ahead of him, but wow, that was new to me! Other IT analysts expect you to learn their system and do it their way.  I was reminded about once telling the boss in a joinery factory to draw plans in the way the workers think, not how he thinks, to help cut out production mistakes.

Dominique asked me to ‘send what you’ve got, and tell me what you want’.  He then took time to really listen to how we do things, so he could make it all work for us.

He came up with new ideas from his experience with other systems and some lateral thinking.  I’d say, ‘can we make it do this’ and he’d say ‘why not do it this way’.

As Dominique got a better understanding of the business operation and my needs, the improvements to the database and my operation were huge.

“Our system now sets a new bar in the industry.  Packhouses can link in and trace everythingfrom the orchard right through to point of sale.

There was a case we heard about a while ago where a shipment of Kiwifruit arrived in China contaminated and there was hell to pay because they couldn’t trace it.  None of that sort of thing could happen with us, as we’re able to trace the trays in the packhouse from start to finish.

We can pay our staff well, because their motivation and performance have grown to another level due to our detailed reporting on quality and productivity.  With a new vested interest, they are willingly improving their skills, and won’t allow trays to run out with staff standing around idle as happened previously.

We’ve achieved a huge productivity boost with less waste.   We’ve got 50% better optimisation of machines (which are very technical) saving a third of staff time, as well as reducing our reject rate by a third.

Our next stage of evolution is to use bar or QR-coding to eliminate human error and speed-up the entering of pallet card numbers, etc.  This is something that no other database company could do for us.”

Respect for the man

“Dominique has the ability and willingness to adapt to the client and make it work for them.  He is very nimble and quick to sort out problems, especially unexpected issues.  No request is too hard or too small with his ‘can do’ ethic.

His developments are always delivered on time and he does what he says he will do, so we’ve come to trust him implicitly.
He always seems on the ball in an ever-changing IT industry.  I think he should have more belief in himself and get the monetary compensation he deserves!

We’ve become good friends, and I’ve got lot of time and respect for him.” 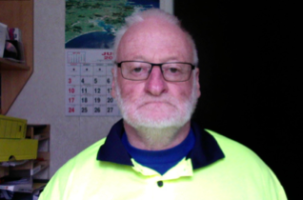